Have a Look at Ragnarok Slot with Our Guide 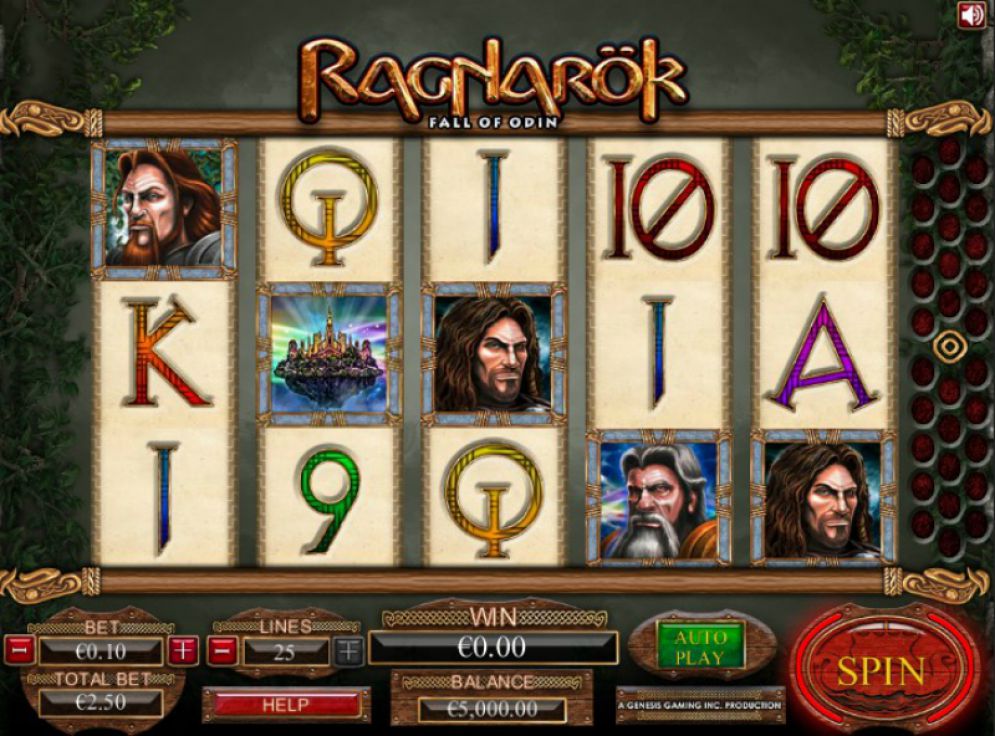 Almost every belief system on the planet has some sort of end scenario, where the world as we know it eventually comes to an end and irreversibly changes. For the Christian faith, this is known as The Rapture, but for the ancient pagan belief often associated with Vikings, Ragnarok is the end of days. In this slot, Ragnarok, players will be transported to a world of age-old gods and heroes worshipped by our ancestors thousands of years ago, all of which are often considered the building blocks of many modern faiths. With all this aside, the actual slot is powered by Genesis Gaming, and features a standard online slot layout of 5 reels and 25 paylines.

Ragnarok is not a bright, loud and colourful slot like many others of the same genre, and prefers to take a darker look at the end of times. This being said, the slot will still appeal to many, and the developer’s take on ancient gods such as Thor and Odin are interesting and unique. The backdrop that the game is set against is fairly bland and does not make reference to any part of Norse mythology, instead simply being a grey wall with vines growing up on either side. The main draw of the game is the symbols and the way they fit into the theme overall.

Symbols in Ragnarok are very distinct when it comes to the difference been high and low value. Lower value symbols, the classic numbers and letters, are plain and simple, but still remain faithful to the look of the slot. On the other hand, the higher value symbols, the ones that feature the gods themselves, are immediately different, each with a small, blue border that make them stick out as soon as they enter the playing area. There are three bearded men, and while not specified in the game, one can presume that these are the famous Odin, Thor, and Loki.

What really sets Ragnarok apart from others with the same theme is the unique rune bonus feature. After every spin is completed, special rune symbols are awarded to the player at random. These runes stack up until prizes are given to the player.

Next in the bonus feature is the Thor vs. Jor bonus, which is activated once three Yggdrasil tree symbols have landed. Once triggered, players receive ten free spins as well as a multiplier of 2x.

Level two of the bonus feature activates when players have accumulated anywhere between 15 and 30 runes. Here, players can either receive 15 free spins and a 3x multiplier, or a special pick of different prizes and a 5x multiplier.

Lastly, the Odin vs. Fenrir bonus comes with three different features, each with its own rewards. Play at the best casinos online and have the chance to earn up to 8 free spins, instant cash prizes, and either a 5x or 10x multiplier.

The bonus content of Ragnarok is what really makes the slot stand out, and this is only accentuated by the fact that bonuses can be earned as long as the player carries on spinning the reels. This makes Ragnarok a unique and entertaining slot.