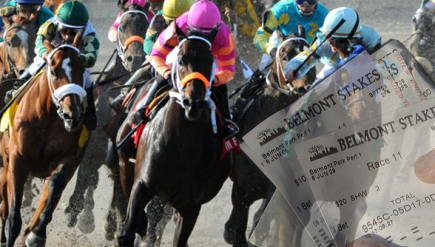 The attraction of the Magic Millions horse sales is that the deal, and the racehorses themselves have become renowned for conformation, performance, pedigree and value for money. Australian thoroughbreds have demonstrated their strength and ability on racetracks in Australia as well as on the international stage, including Great Britain, Japan, Hong Kong, Dubai, Singapore and the USA, proving that they have the constitution and versatility to adapt to new surroundings and win against some of the best horses in the world. And this is exactly why buyers from around the world return to Magic Millions sales every year to find their next purchase.

Ascot is Headquarters for horse racing in Western Australia. The Racecourse is considered the grand old lady of Australian racecourses, with committee buildings and Grandstand that looks as majestic now as they did at the turn of the century when they were built.

The Interstate and local Bookmakers Ring are comprehensively hosted at Ascot, with an open sided pavilion running the length of the Main Tote. Ascot has full online access available too, and has much international interest. Ascot’s 2,000 metre track is also attractive, modern and well drained with a 300 metre inclining straight regarded by experts as the toughest test of stayers in Australia.

Horse betting is a frightfully big industry in the Australia, embedded in the national psyche and now available online and even on mobile. This perfectly lays the plate for punters from Australia or anywhere in the world, ensuring a gourmet dish of equestrian nature, fashionably presented with rich Australian wallet enhancing sauce.